Home » About Hazara » The nation will not forgive leaders who have no respect for the nation and its institutions, Imran Khan

The nation will not forgive leaders who have no respect for the nation and its institutions, Imran Khan

The nation will not forgive leaders who have no respect for the nation and its institutions, Imran Khan 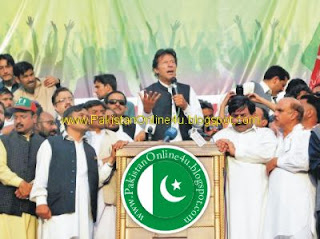 ABBOTABAD: Pakistan Tehreek-e-Insaf chief Imran Khan criticised President Zardari’s visit to India in the wake of the tragedy afflicted on Pakistan army in Siachin.
Addressing a public gathering at College Ground on Sunday where some 20,000 to 25,000 people were in attendance, Imran said: “The nation will not forgive leaders who have no respect for the nation and its institutions, and who do not know how to stand by the state in trying times.”
Assuring the public of PTI’s devotion to prosperity, Khan said that his party would follow the Turkish model of development once it comes into power.
Levelling criticism against the West, Khan said PTI would part ways with the American sponsored war on terrorism “which was being fought for dollars.”
He added that the tribal people were ‘brothers’ and that negotiations should be held to resolve issues rather than engaging in conflicts. However, he chose to remain vague while referring to ‘tribal people’ and did not name any particular group.
Lauding the youth for their support for PTI, Khan said his party would elect its leadership from ordinary citizens instead of rewarding people with names and “suffixes of Bhutto and Sharif.”
Khan reiterated his support for the local government system and said his party plans to introduce a strong local bodies system to empower the people at the grass root level with effective accountability.
In response to pro-Hazara slogans, Khan said his party was in the favour of small administrative units as that was the need of the hour.
A stampede started following a bomb hoax during Javed Hashmi’s speech. Fortunately, there were no serious injuries.
Shah Mehmood Qureshi, Ali Asghar Khan, Dr Azhar and Asif Zubair Sheikh also spoke at the gathering.
According to some locals, this was the largest political gathering held in Abbottabad.
Published in The Express Tribune, April 9th, 2012.
Tweet