24 year old Asghar Zaman is belongs to Choi Kiyaro Union Council Srikot, Near Tarbela Lake, went back to Siachen just on 28 March 2012
Three out of four sons are serving Nation as they are in Pak Army, Anwar Khan Father of Sipahi Asghar Zaman expressions 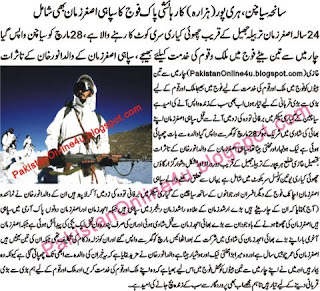 The issue of Siachen is not complicated like the issue of Kashmir; it could be resolved overnight but needs serious consideration, says Tahir Ali.­
"If somebody wants to see hell on earth he should see Siachen," says a Pakistani soldier who has served his tenure in Siachen Glacier.
Siachen was in the news on April 7 when around 150 Pakistani soldiers and civilians were buried 20 feet deep under an indifferent glacier that has brought darkness into the lives of their families. Rescue attempts were foiled by the weather from the very start, which prevented rescuers from reaching the site. Bulldozers and excavators are being used to shift the ice but due to the harsh conditions progress is slow. Four days after the incident not one victim had been located, dead or alive and their chances of survival are very little now.
The Siachen Glacier is the longest glacier in the Karakoram and second-longest in the world's non-polar areas. 'Sia' in the Balti Language refers to the rose family plant, found in the region. 'Chun' references any object found in abundance, so in an ironic twist, Siachen refers to a land with an abundance of roses. In reality, Siachen, instead of roses, presents thorns to the soldiers, of both India and Pakistan. 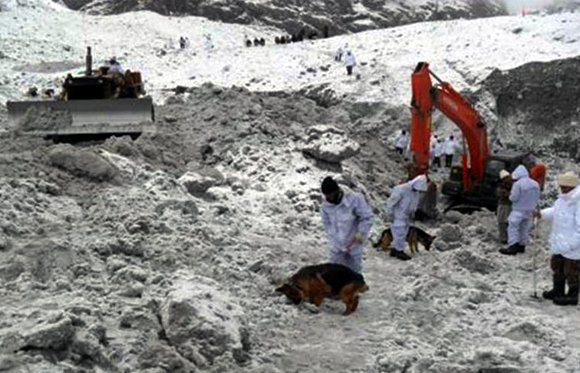