LANDI KOTAL: Independent candidate Shah Ji Gul Afridi won his seat for constituency NA-45 in the militancy-hit Khyber Agency.
According to unofficial results, with 19,000 votes, Afridi beat runner-up independent candidate Noorul Haq Qadri, who bagged 11,536 votes.
Gul who did not want to contest elections due to his minimal knowledge of politics, conceded on the insistence of tribesmen from Landikotal following which he submitted his application and launched an election campaign.
Gul himself was once a follower and right-hand man of Qadri, but parted ways and decided to contest elections with support from the families of transporters in Landikotal.
Former parliamentarian Pir Noorul Haq Qadri, who won from NA-45 in the 2008 polls, had a large following in Pero Khel, Landikotal, Mullagori and parts of Jamrud tehsil and enjoys considerable support from the area’s tribesmen. 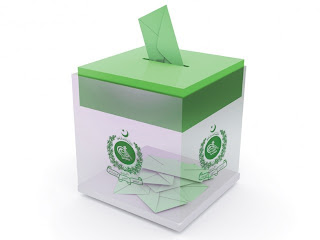