London - In United Kingdom Pakistani based two girls married with each other. According to private TV channel it is a first incident of its type where Pakistani girls married. Religious and Social thinkers condemd it. Both girls are highly educated as one Ms. Rehana Kosar belongs to Lahore - Pakistan and holding a PHD Degree from Punjab University while other lady Ms. Sobia Komal is from Syed Pur Azad Kashmir. British Council object that they both are Muslims and cannot marry each other. But both ladies said they are adult now and according to British Law they can marry. Now British Council gives them one month time and after one month both registered their marriage with British Council and becomes life partner.

Rehana Kausar and Sobia Komal tied knot at the Leeds Council’s registration office in the presence of their solicitors and two Pakistani friends.Wearing white bridal dress, Kausar, 34, and Komal, 29, told the Registrar that they had known each other for around three years and had been living together as a couple for nearly a year. Kausar is a master’s degree holder in economics from Punjab University. Both Kausar and Komal are students of business and health care management. They met for the first time in Manchester and have been inseparable ever since.

Speaking to The News, Kausar said: “This country allows us rights and it’s a very personal decision that we have taken. It’s no one’s business as to what we do with our personal lives. The problem with Pakistan is that everyone believes he is in charge of other people lives and can best decide about the morals of others but that’s not the right approach and we are in this state because of our clergy who have hijacked our society which was once a tolerant society and respected individuals freedoms.”

Komal told The News she loves her partner and feels that her partner is her soul mate and it doesn’t matter what sex she is. The Civil Partnership Act 2004 in the UK gives same-sex couples rights and responsibilities identical to civil marriage.

Speaking to Geo News after the news was aired, British Pakistani religious scholars from various Muslims denominations objected and said that Islam, like other religions, only recognises marriage and partnership between a man and woman and all other forms of union are not recognised in the religion. They however said that this country allows people choices they make about their life and that’s understandable. 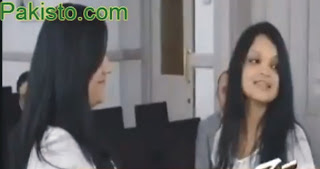