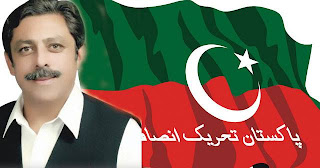 PTI’s model KPK govt shaken again with another fake degree holder minister
PESHAWAR: The degree of Khyber Pakhtunkhwa minister and Member of Provincial Assembly Yousaf Ayub has been declared fake, Geo News reported Tuesday.
Yousaf Ayub was the candidate of Pakistan Tehreek-e-Insaf (PTI) from PK-50 Haripur 2, and was elected as the member of provincial assembly after winning in the general elections of 2013.
The Higher Education Commission (HEC) had sent his degree to the Punjab University for verification, following the instructions from the Election Commission Tribunal.


After the verification, Yousaf Ayub’s degree was declared fake.